Sailing in swimwear is this really Ireland? 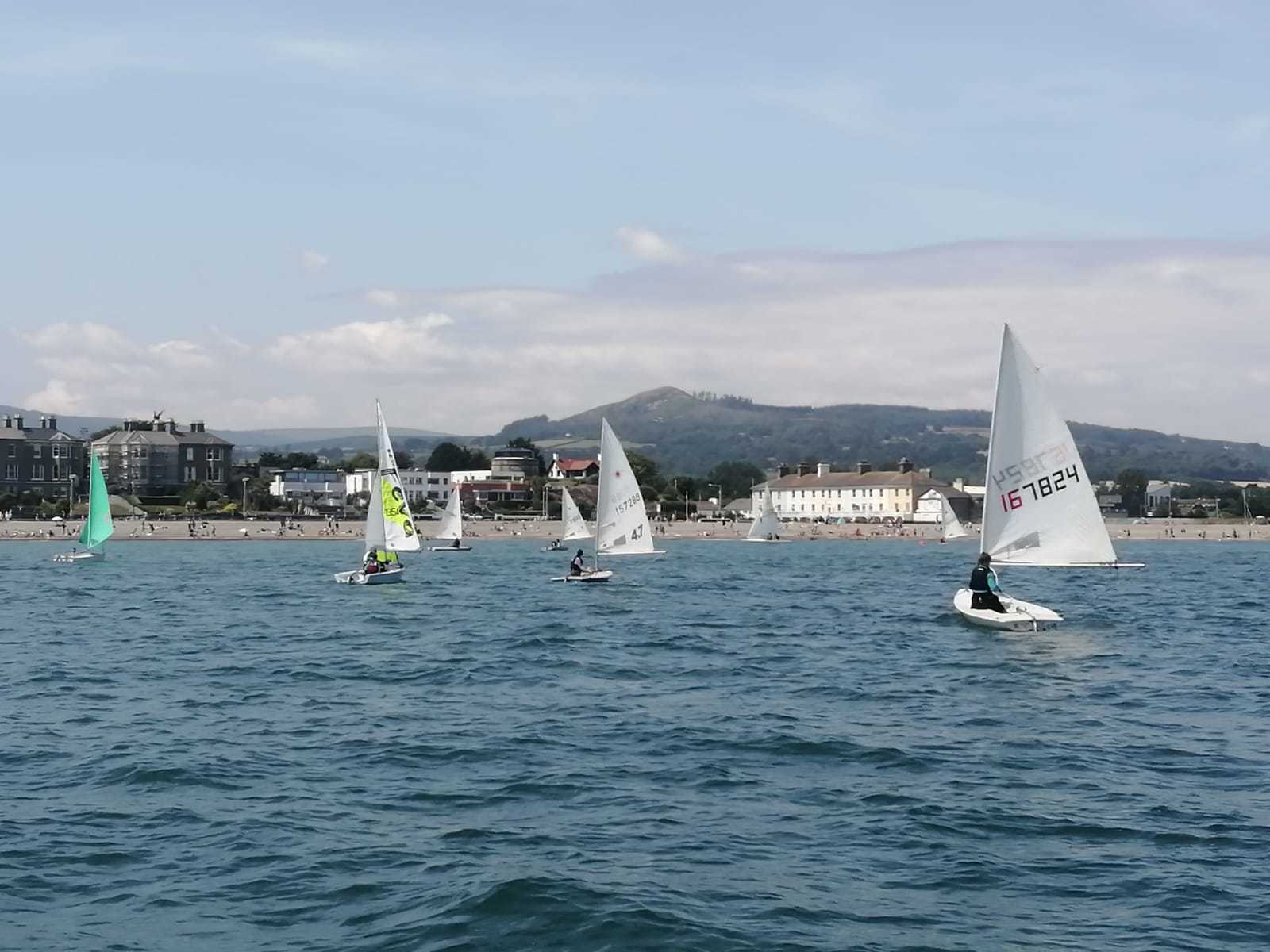 Last Sunday proved to be a spectacular sailing day - Sun, flat sea and a light breeze.

Helmut and his team ran five races with a mix of triangles and windward-leeward. Only two boats made if for the prompt start of the first race and it was won by the Feva, but there were four more races to come.

There was a Hansa, a Feva, two Flying Fifteens and a bunch of Lasers. Mary Duffy was the champion of the day winning two of the four main races in which she competed. The light winds would not favour the heavier boats, but Mary Duffy defied the light winds to show that it could be done.

The remaining spoils were divided with one win each for Donach's Laser, the Feva and a Flying Fifteen. The two of the Flying Fifteens had their own close battle in four main races with a near photo finish in the last race.

In such glorious weather, who cares? Sailing in swimming shorts is not something we get to do Ireland and we all thought we were on our holidays!!

Well done Mary! We can hardly promise such weather next time out but let's all get out and have some fun.

Series Result to date are here